Spotting and Bleeding During Pregnancy: When To Worry 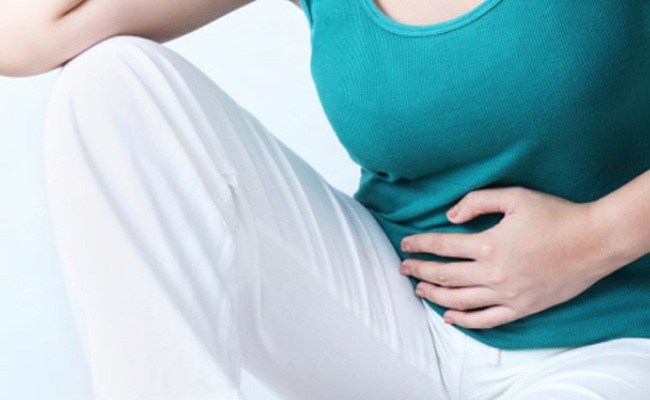 Spotting and bleeding from the vagina during pregnancy is common. Almost 50% of the pregnant women experience vaginal bleeding and panic. Do you think this is a miscarriage symptom? Or is there any possibility of having periods during pregnancy? Well, before you get startled, know that vaginal bleeding during early pregnancy is not something that should worry you. It is in fact a good sign to show that you are a pregnant.

The bleeding may range from light bleeding or spotting to massive bleeding. Light spotting during pregnancy is not a matter of concern, but heavy bleeding can be an indication of a serious disorder. It is important to know the possible causes and undergo a check up to eradicate any complications.

The Difference Between Spotting And Bleeding:

If you observe brown or pink discharge similar to what you observe at the end of your menstrual period, it is spotting. If you observe a bright red discharge, it is bleeding. The amount of blood you notice is another warning sign. Spotting in pregnancy may not soak a sanitary pad, but bleeding does.

What Causes Spotting During Pregnancy?

In the early pregnancy phase, about 20 to 30 % women may experience spotting because of implantation of the embryo into the uterine wall. It will occur around the time of your expected menstrual period. It can be confusing if you mistake it for a normal period before you realize you are a pregnant. This is normal during pregnancy and should not be a cause of worry.

Spotting after an internal pelvic exam or pap smear also holds the same reasons as above. The cervical region will become tender because of the increased blood flow and any bump to the region could cause spotting.

Conditions that are unrelated to pregnancy can also cause spotting. Vaginal infections like bacterial vaginosis or yeast infection or sexually transmitted diseases like herpes, chlamydia, gonorrhea or trichomoniasis can cause inflammation or irritation of the cervix. The inflammation can lead to spotting on being ruptured by sex or other stress.

Chorion is the fetal membrane that encloses the placenta. Subchorionic hemorrhage is a condition wherein bleeding happens within the folds of the chorion and the placenta. It usually stops by itself and does not lead to problems during pregnancy. Still, a prompt diagnosis and required treatment is suggestible.

As your body prepares for labor, you will pass your mucus plug, a state where your cervix begins to dilate. It will be soaked in blood, that is also called ‘bloody show’. Passing your mucus plug will not be a concern if you are already into 37 weeks of pregnancy. But, if there is heavy bleeding, be sure to consult a gynecologist.

What Causes Bleeding During Pregnancy?

Vaginal bleeding can occur at any time during pregnancy. It is rarely a sign of a serious condition, since it can accompany many pregnancy complications. But, it can sometimes be a sign of serious condition too. Therefore, it is important to understand the possible causes and get a check up done.

Bleeding In First Trimester Of Pregnancy:

In an ectopic pregnancy, the fertilized egg implants outside the uterus, that is usually in the fallopian tube. You will usually notice cramping and a sharp pain in the lower abdominal region accompanied by dizziness, weakness and nausea. It can be life threatening to mother and requires immediate medical attention. Statistically, only 3% of pregnancies experience it.

Ectopic pregnancy can happen if you have had a history of the any of the following complications:

Prior ectopic pregnancy, ligation or Fallopian tube surgery, pelvic inflammatory condition, infertility for more than 2 years, smoking and having a birth control device placed in the uterus.

Molar pregnancy is a rare condition that results when the placenta becomes a cystic mass from a malformed embryo. This is a type of tumor that occurs because of pregnancy hormones and is not life threatening at all. It happens within a few weeks of conception. In some cases, it can turn out to be abnormal and can spread throughout the body, the condition being diagnosed as gestational trophoblastic disease. You can observe vaginal bleeding within few weeks of conception if you happen to suffer from molar pregnancy.

One of the major concerns with bleeding during first trimester of pregnancy is that it can be a miscarriage as well. It is common to occur during the initial 12 weeks of pregnancy. If bleeding accompanies symptoms like cramping, lower abdominal pain and passage of tissue through the vagina, then there is a higher chance of miscarrying the baby. About 50% pregnant women who experience the symptoms along with vaginal bleeding, miscarry a baby.

Bleeding In Second And Third Trimesters Of Pregnancy:

The common cause of bleeding during late pregnancy is due to placenta problems. Also, abnormal cervix or vagina can cause bleeding.

This is the most common cause of bleeding during late pregnancy. In this condition, the placenta that usually connects the fetus to the womb will cover a part of the cervical opening. As a result, bleeding takes place. Later in pregnancy, the cervix becomes thin and dilates to prepare for labor. At this stage, the placenta stretches and ruptures causing heavy bleeding. The risk factors for this placenta previa condition include prior placenta previa, multiple pregnancies and prior cesarean delivery.

This condition occurs in the second half of pregnancy or the third trimester. It is an early separation of placenta from the uterus and it leads to blood collection in the region between the placenta and uterus. It is accompanied by cramps, pains in the abdominal region, tenderness in the uterus and back pain. If the separation is too little, it is not lethal for the baby. But, it will pose severe risks if the separation is large. The risk factors for this cause of vaginal bleeding include trauma, hypertension, usage of tobacco, cocaine and prior placenta abruption.

In rare conditions there will be an abnormal splitting of the uterus due to a scar from a prior C-section. It makes the fetus expel into the abdomen that can be quite dangerous for both the baby and the mother. The uterine rupture can occur before or during the labor time. There are certain other risk factors that include trauma, multiple pregnancies, using excess amounts of oxytocin medicine (strengthens contractions) and deliveries through forceps.

The developing blood vessels of the fetus may cross the opening of the birth canal. These are known to be vasa previa and can be lethal to the baby as blood vessels can tear open and bleed severely. This condition is also accompanied by abnormal fetal heart rate. It is a very rare condition that happens in 1 out of 5000 pregnancies.

If the delivery time falls between week 20 to week 37, it is considered a pre-term labor. It is accompanied by cramping, regular contractions, built-in pelvic pressure and back pain. A few days before your body prepares for labor, you will pass your mucus plug where bleeding starts. This is termed as a bloody show that requires an immediate contact with your health care provider.

What Should You Know?

Light spotting is normal and nothing to be worried. Severe vaginal bleeding that soaks through the pad is a concern. Bleeding is not always a sign of miscarriage since some women suffer high bleeding still deliver healthy babies.

What Should You Do?

It is not possible to judge the right cause for vaginal bleeding since many factors can cause the condition. The universal advice is you should not hesitate to consult your doctor.

Use a pad as it helps you keep a track on how much you are spotting or bleeding. Examine the type of blood (whether it is brown, red, pink or full of clots). Bring all your issues to the doctor and do not indulge in sex or use a tampon when you are bleeding during pregnancy.

Your doctor will check the vagina and may suggest you to go for an ultrasound scan. Vaginal and abdominal ultrasounds occur together to evaluate the reason. Your doctor may also perform a few regular tests like blood and urine. These tests would help check the hormonal levels of pregnancy. Also, check for any of the following symptoms. If you experience them, they could be signs of miscarriage or any other serious condition.

Vaginal Bleeding During Pregnancy: Self Care

If you bleed during the initial stages of pregnancy, you should take it easy until your doctor checks and gives you instructions. At the moment, just rest and relax. Do not take any heavy stress or indulge in strenuous exercises. Avoid sex, using a tampon and or contraception. Always keep your body cool by drinking plenty of water. Also, keep a check on the amount of pads you are using.

If you experience heavy bleeding during late pregnancy, you need to consult your doctor immediately.

There are many diagnostic tests your doctor may take you through to evaluate the cause of the abnormal bleeding during pregnancy:

Most of the time, a little spotting doesn’t pose any health risk to you and your little one, though, bleeding can sometimes specify a difficulty with your pregnancy. If you are pregnant, you need to be conscious about your bleeding. If you experience any irregular bleeding or period during pregnancy, contact your doctor immediately.

Sensory Play Ideas For Babies To…

It’s never too early to start engaging baby’s senses! Even before she is born, she’s…

Baby Speech Milestones: When Should You…

Image credit: Getty Images While this serves as a general guideline for your baby’s speech…

At this stage, you may find your baby doing almost nothing apart from crying, sleeping…

When it comes to measuring developments in your baby, you need to keep in mind…

Your darling is now 3 months old! She is now a lot more responsive than…

It’s been four months since your tiny bundle of joy made your world beautiful. The…

The tiny bundle of joy now makes attempts to sit on her own, has a…

Your baby by now has prepared the groundwork for speech. You will find her developing…
Load more (23) No more items