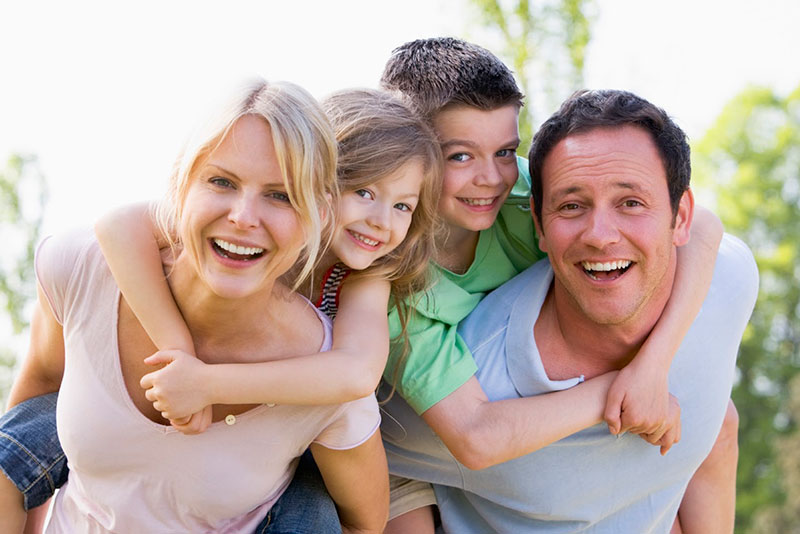 Increasingly, I’m finding it’s getting really hard being the Dr Jekyll and Mr Hyde parent all at once, all the time — to be the loving, nurturing friend and confidante who, in a flash, can also switch to tyrant mode when necessary to dole out scolding and disciplinary measures that may seem harsh to a kid (especially if I was Chummy Mummy just moments before).

You’ve probably occasionally wondered what your parenting style is, and whether it’s possible to even wear multiple hats. But would you really want to compartmentalise yourself, like what happened to Amy Chua (remember her)? It’s been five years since the Yale Law professor’s article on Chinese moms appeared in the Wall Street Journal which gained her global fame – or notoriety, depending how you see it – as well as the moniker “Tiger Mom”.

In Chua’s view, Western and Chinese parents subscribe to different parenting models, where tough love, rigidity and an unyielding emphasis on academic excellence prevail in families of the latter. Even though I’m a Chinese mom, I balk at this stereotyping, like I imagine any parent would. After all, no parent would want anyone else to pigeonhole their precious kids either.

Just when I thought being labelled “Tiger Mom” was bad, at least her daughters weren’t lambasted in the media. A few months ago, Jaden and Willow Smith (17 and 15 respectively), whose famous parents are the actors Will Smith and his wife Jada Pinkett-Smith, were slammed by The New York Post for being “überentitled, brainless, self-adoring, twaddle-spewing little munchkins”. And the criticism didn’t stop there. Spoiled was considered “too mild” an adjective to describe them, with the columnist going on to label them as “nuclear narcissists”. All this was enough, in the article’s view, to reasonably charge Will and Jada Pinkett-Smith as being “the most horrible parents on Earth… [who] boycotted parenting because they couldn’t be bothered to raise kids with any grounding in reality”.

Just arguing the differences alone between Amy Chua and Will Smith, parents in the East and West or parents in cosmopolitan cities versus those in less developed countries could fill reams and reams of pages.

Based on clinical observations and research however, there are four kinds of parenting styles which have become widely referenced and accepted by parenting specialists such as psychologists and counsellors. Three of the styles were coined by clinical and developmental psychologist Diana Baumrind in the 1960s, with the fourth one identified by child experts Eleanor Maccoby and John Martin in 1983.

Some of you may already recognise those parenting styles as they have been frequently mentioned or referred to in the media. If you have, consider this a refresher to reinforce or retain anything you’ve previously read!

Authoritarian: Tiger Mom Amy Chua would probably fit into this category (or at least, partially). These parents often attempt to shape, control and monitor their children’s behaviour based on their rules, directions and expectations. However, while these standards are subject to frequent change, they are still strictly enforced and underpinned by the rigid “parents know best” policy. Authoritarian parents tend to be strict and assert power and punishment on their children whenever they misbehave. Rules are rules without explaining the rationale behind them, but the children are still expected to listen and obey at all times. Kids from authoritarian families may grow up to be rebellious at an early age, have less self-confidence and be socially withdrawn and are often estranged from their parents during adulthood.

Permissive: Also known as indulgent parents, they are likely identified by their overtly warm and affectionate relationships with their kids. As a result, children of permissive parents tend to lack personal responsibility for their actions since they have been grown so used to getting away with just about anything at home without being disciplined. Permissive parents come across as non-controlling and lenient and have low, or almost no expectations on their children’s behaviour. They are the parents most likely to spring to mind when using the description, “spare the rod and spoil the child” because this is literally what they do. Although their kids do tend to have better social skills and self-esteem, indulgent parents are often also singled out for raising “spoilt brats” – Will Smith was called the Dr Frankenstein responsible for creating two “terrifying ego monsters”.

Authoritative: Room for negotiation – that’s one of the dominant traits of authoritative parents, but at the same time, they are not your typical pushover. The approach of these parents is considered to fall halfway between the two extreme styles of authoritarian and permissive parenting. Think of authoritative parents as firm but also fair when guiding and disciplining their kids. It is no surprise that many experts have singled out the authoritative way as the most effective parenting style as the child is raised with an awareness of cause-and-effect and communication at home is usually a two-way street. When it comes to the children’s affairs at home, respect is also mutual, with junior either consulted for their views, or made to understand the rationale behind their parents’ actions and behaviours. Overall, children with authoritative parents are generally observed to be well-adjusted individuals who are confident, empathic around others, and also goal-oriented.

Neglectful: This fourth parenting style was only formally identified by Maccoby & Martin in 1983, separate from the three other styles. Neglectful parents are also known as uninvolved parents, but neither are complimentary to say the least! Usually considered by experts to be the worst of the parenting styles (even more so than authoritarian parenting), neglectful parents are typically hands-off and emotionally distant when raising their children. Apart from offering the basic necessities of food and shelter (and some neglectful parents have also been known to let their kids fend for themselves prematurely as they get older), most of these parents scarcely interact with their children. After years of being cast adrift, most of these estranged kids are all but alienated from their parents by the time they reach adulthood. A lack of discipline and guidance also leads to these children acting, or lashing out, in a variety of ways, from attention-seeking to disruptive behaviour.

Researchers have further defined – and refined – the four parenting styles according to two dimensions: “responsiveness” and “demandingness”, where responsiveness is “the extent to which parents intentionally foster individuality, self-regulation, and self-assertion by being attuned, supportive, and acquiescent to children’s special needs and demands” (Baumrind 1991). On the other hand, demandingness refers to “the claims parents make on children to become integrated into the family whole, by their maturity demands, supervision, disciplinary efforts and willingness to confront the child who disobeys” (Baumrind 1991).

Based on these two dimensions, the four parenting styles can also be encapsulated as follows:

Although we’ve identified these four main parenting styles, not every parent can be neatly classified into just one category. Realistically, parents will usually adopt a mix of styles, while constantly adapting and adjusting their approach best suited to their kids’ unique personalities, characteristics, talents, needs and more. Personally, I like to think of myself as a “freestyler” too.

Rather than trying to fit or conform into a specific mould, why not identify the hallmarks of positive parenting and build on these traits by assimilating them into, and even reinforcing, your current belief system? Consider these precious words of advice from bestselling author and relationship expert Dr Margaret Paul. “The challenge of good parenting is to find the balance between being there for your children and being there for yourself, as well as the balance between freedom and responsibility,” says Dr Paul, who also pioneered the Inner Bonding healing process favoured by celebs such as Lindsay Wagner and Alanis Morissette. “Role-model behaviour that is personally responsible, rather than being a taker or caretaker.”

I myself believe that all children will eventually find their way in the school of hard knocks – otherwise known as life! – albeit at their own pace and with their own unique perspectives shaped by their individual upbringing. Learning through direct experience is best, even though I admit it’s hard to shake off the “mummy knows best” refrain that’s constantly on loop in my head (uh-oh, does that make me authoritative?). Yet do I really want to raise mini me’s? Here’s where Dr Paul’s sound advice has proven useful to shake me out of any conflicted stupor I occasionally find myself in: “Remember that you cannot do everything ‘right’ as a parent,” Dr Paul says. “[Children] will make their own choices to be loving or unloving, responsible or irresponsible. You can influence their choices by being loving to yourself and them, but you can’t control them. They have free will, just as you do, to choose who they want to be each moment of their lives. All you can do is the very best you can to role model loving, personally responsible behaviour.”

Even Tiger Mom has never championed her way as the right way, but acknowledged the variety of parents out there: “All decent parents want to do what’s best for their children… [but they] just have a totally different idea of how to do that.”

So have a little faith. Keep the channels of communication clear and open. Hug often. Offer support. Be a constant reassuring presence. Praise, don’t condemn. Be firm, not tyrannical. Choose cruise control rather than opt for the rollercoaster ride. Turn positive mantras into affirmative actions. Be a parent that favours substance over style and chances are, you’ll raise kids made of good, strong stuff and not fluff.