TCM Use In Pregnancy 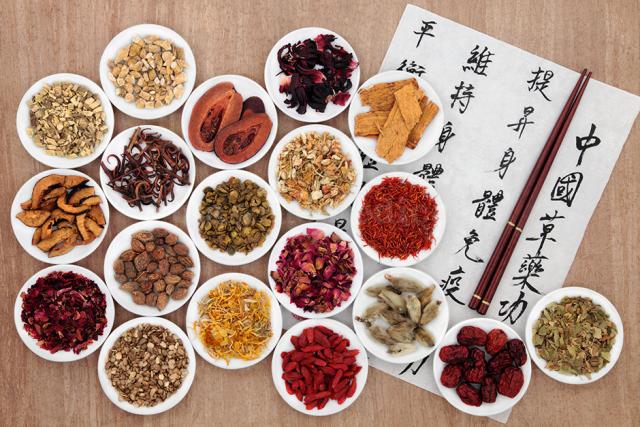 When the Communists assumed power in 1949, they quickly revived TCM as mainstream medicine, having been side-lined after Western Medicine was introduced. The herculean project to integrate TCM and Western Medicine came full steam in the 1960s. Together with the meteoric rise of alternative therapies, Chinese herbology and acupuncture became recognized for its health-restoring ability. Countries like Australia and Singapore establish TCM alongside western medicine, despite their different health concepts.

The bedrock of TCM is to achieve homeostasis, or physiological balance, of the Yin and Yang. The Yin-Yang philosophy encompasses the entire natural world, both large and small. The ebbs and wanes of the Yin-Yang opposing forces presides the health of man, as man interacts with the environment. The Yin-Yang forces conduct through the Qi and Blood energy, along meridians that organizes the organ systems of man. TCM promotes the holistic approach to maintain equilibrium by the use of natural medicine.

The Pregnancy Concept In TCM

Unlike Western Medicine, TCM does not identify pregnancy as a phase with altered human physiology with its unique vulnerabilities. Pregnancy ill health is similarly managed as in the non-pregnant women, by stabilizing the Yin-Yang balance, using herbs and acupuncture that manipulate the Qi movements. There is a weak appreciation of the interaction between the growing fetus and the pregnant mother.

The pregnant mother and the fetus are managed as one. TCM textbooks only discuss few pregnancy related conditions like threatened miscarriage and fetal mal-presentation. Pregnancy-related disorders are not considered unique conditions; they are treated according to the presenting complaints, such as abdominal pain, leg swelling, headaches and so forth.

Use Of Herbs During Pregnancy

Many pregnant women uses herbs or complementary therapies to have more energy, to feel well, and to strengthen the body to cope with the pregnancy. Between 15% and 50% of women use some form of herbs in pregnancy. Surveys in western communities found that the pregnant women of higher socio-economic classes consume more Chinese herbal products; they are more interested in alternative therapy, and more able to access TCM.

The results were different when in the Taipei survey. In 2005, doctors from the Taipei Municipal Maternal and Child Hospital reported on the use of Chinese herbal substances in pregnant Taipei women in the 1980s. They highlighted 42% of pregnant women used Chinese medicine; and these users are more likely to be of the lower income group, to have history of abnormal menstruation, previous miscarriages and other gynecological diseases. The Taiwanese imbibed Chinese herbs largely to improve health, to help fetal growth, and to prevent miscarriages and premature delivery. The authors also recorded that 75% of pregnant women obtained the Chinese herbs directly from their local Chinese herbal stores.

The widespread belief is that Chinese herbs being natural are mild and harmless, and should not have the noxious effects of western processed medications. This is far from true as ingested herbs have potent and unintended effects. The ancient Shennong’s Herbal Classic asserts that toxic herbs are those that effect a cure, and non-toxic herbs restore deficiencies.

All herbs are invariably toxic, and excessive doses of even a “weak” herb can cause extensive injury. The classic TCM pharmacopoeia warns against the dispensing of many individual herbs and medicinal material that are poisonous, that may cause miscarriage and injure the pregnancy. These include animal products (e.g. scorpion, beetle, toad, leeches, and centipedes), heavy metals (e.g. arsenic, mercury, and lead) and many other purgative, invigorating, and harsh plants.

The common Chinese medications used during pregnancy are ones like Ba-Zhen Tang, Si-Wu Tang, An-Tai-Yin, compound powder like Dang-Gui-Saho-Yao-San, and single herbs like Ginseng and Huanglian.

The expert TCM practitioner has to master the functions and characteristics of hundreds of herbs. He has also to understand how these herbs interact when combined – either to synergize, to antagonize, or equilibrate the desired effect.

Herbal concoction is to exert its impact on different patient eco-systems, which are intrinsically different according to gender, age, genetics, and lifestyles. If a TCM prescription that involves more than three herbal products and aspires to be curative, its formulation according to the classical methodology will be arduous.

Countless man-hours and innumerable patient encounters were consumed to derive effective decoction, with many misses along the way. Chinese herb prescribing is more of an art, resting on the experience of the master herbalist. To meddle with herbs while inexperienced is dangerous.

Natural herbs may have more than one function, and their potency varies according to where they are harvested. Some natural herbs have opposing functions depending on their chemical state. The preparation of the herbs changes their properties.

Studies have found that some concoctions have been tainted with either contaminants unintentionally, or intentionally with synthetic potent drugs such as steroids and non-steroidal anti-inflammatory agents. The safety of using herbs is improving fast when modern TCM practice applied the latest technologies to identify the active components of ancient formulations, which can then be studied scientifically.

Pregnancy is an altered state of human physiology, when the fetus, who is part foreign to the mother, “the host”, is allowed to mature with the uterus. Herbs use must be careful as it affects two living systems.

The use of herbs is not advisable in the first trimester, as this is the phase of embryogenesis, when the fetus’ organs are assembling to become a functioning unit. Any unnecessary chemical compound, be it processed medication or plant product, must be tested safe before consumption.

Herbs should only be taken if there is a clear need for them to be used. They should be prescribed by a trained TCM practitioner, who has evaluated the pregnant woman’s present condition, and is able to appropriately customize the herbs to meet her requirement.

To allow pregnant women to take herbal treatment for a prolonged period, there must be both clinical and biochemical evidence that the herbal compounds do exert the positive effects as claimed. Otherwise, the potential risk to the pregnancy and fetus may be indefensible.

In conclusion, well-tested herbs may be beneficial in the correct circumstances. It is unwise to encourage herb use in pregnancy without prior consultation with a trained TCM practitioner.